Russ Harris, author of the international best-selling self-help book ‘The Happiness Trap’, is a world-renowned trainer of Acceptance & Commitment Therapy (ACT). Russ’s background is in medicine. As a GP he became increasingly interested in the psychological aspects of health and wellbeing, and increasingly disenchanted with writing prescriptions. Ultimately this interest led to a total career change. He now works in two different, yet complementary roles – as a therapist and as a coach.

Since 2005, Russ has run over 700 two-day workshops and provided ACT training for almost 50,000 health professionals. He has authored four ACT textbooks (ACT Made Simple, Trauma Focused ACT, Getting Unstuck in ACT, ACT Questions & Answers), and four ACT-based self-help books (The Happiness Trap, The Reality Slap, The Confidence Gap and ACT with Love). His best-known book, The Happiness Trap, has sold over one million copies worldwide, with translations into more than 30 languages.

Russ has a unique model for training, which he calls ‘ACT Made Simple’, because it covers so much material in a short space of time. (In fact, he even has even written an introductory textbook on ACT, titled ‘ACT Made Simple’. To download the first chapter, click here.)

He proudly proclaims each workshop a ‘jargon-free zone’ – and bases his training on three core values: simplicity, clarity, and having fun. His highly-acclaimed ACT workshops are brief, powerful, cost-effective and life-enhancing. Participants regularly report not only major improvements in their therapy and/or coaching, but also in their personal lives – and evaluation forms frequently praise his ability to make complex ideas seem very simple. (For examples, go to testimonials)

What the world’s experts are saying about Dr. Russ Harris Russ Harris is brilliant in his ability to sniff out needless complexity and present complex clinical ideas in an accessible way. He has brought his clinical creativity to new methods and new ways of getting to the heart of these issues with clients.
That is a great combination and a significant contribution.
– Dr. Steven Hayes Ph.D. University of Nevada

Steve is Nevada Foundation Professor at the Department of Psychology at the University of Nevada. An author of over 35 books and over 500 scientific articles, his career has focused on an analysis of the nature of human language and cognition and the application of this to the understanding and alleviation of human suffering. 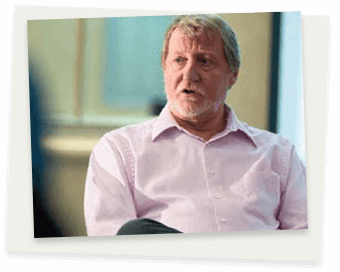 Russ Harris is the consummate ACT clinician and a dynamite trainer. He makes ACT concepts easy to understand and implement in real time clinical practice. He has a real passion for ACT work and his training methods are absolutely first rate. I would highly recommend his training system to anyone who really wants to learn the ins and outs of ACT!
– Dr. Kirk D. Strosahl

Kirk D. Strosahl, PhD, is cofounder of acceptance and commitment therapy (ACT), a cognitive behavioral approach that has gained widespread adoption in the mental health and substance-abuse communities. He is coauthor of Brief Interventions for Radical Change and other core ACT books. Strosahl works as a practicing psychologist at Central Washington Family Medicine, a community health center providing health care to medically underserved patients. He also teaches family medicine physicians how to use the principles of mindfulness and acceptance in general practice. Strosahl lives in Zillah, WA.